The One Thing George Lucas, Frank Gehry and Hall-of-Famer Nolan Ryan Have in Common 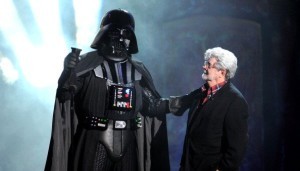 What do the award-winning filmmaker, world-renowned architect, and Baseball Hall of Fame pitcher have in common? Other than having achieved the height of success in their respective fields, none left high school and attended a high price-tag university. Instead, each of them attended community college. We could easily add a number of other great achievers to this list, including actor Tom Hanks, Pulitzer Prize winners Gwendolyn Brooks and Sam Shepard, and NASA astronaut Eileen Collins.

In the United States today, there is a common misconception that a traditional four-year college degree is the only logical choice for intelligent, motivated young people. The notables mentioned above (and many others) are proof that this is not the case. Successful careers are not handed out with college diplomas; they are built through imagination, passion, and dedication to getting the right education at the right time. These skills and others, which can easily be acquired at community colleges or through other types of vocational training are often the key ingredients in crafting a dream career.

Right now, there are so many exciting opportunities to re-define what a successful, rewarding, and lucrative career can look like. Far from being second- best, skills-based learning is now, more than ever, the way to make your dream career a reality: a college degree is not necessarily required. And I’m not just talking about low-paying or low-status jobs that (unfortunately) people tend to associate with community college. I’m talking about high-paying, highly technical jobs like computer programmers or master chefs or award-winning filmmakers. In researching for my book JOB U, I had the privilege of connecting with a number of people who have carved out their own unique, rewarding career paths in surprising ways. The common thread was not a four-year degree or diploma; it was that they followed their passions, going where their interests led them, and gaining the necessary skills along the way.

Douglas Gorenstein, for example, enjoys a career as a top photographer in New York City, specializing in headshots (the professional photos every aspiring actor needs for auditions and publicity). A respected performance photographer with television and stage experience as well as a published author, Douglas achieved his success without ever finishing college. Instead, he followed his passion for the theatre, first as an actor, and later discovered a love of photography. Through courses at the International Center of Photography and lots of practice, Douglas acquired the technical skills to turn his passion into a thriving career.

There’s also Kevin Burton, who opted for an electrical apprenticeship rather than college right out of high school. Through that, Kevin discovered she also had a passion for teaching and mentoring. Later in her career path, she went on to gain a humanities degree and is currently working on a law degree. Her passion is mentoring and advocating for apprentice electricians, so she’s created a career where she does exactly that. And she’s living proof that vocational learning has no ceiling; every new skill is a step up.
Douglas and Kevin are just two of countless examples of how skills-based learning can shape a career that is just right for
the individual. In fact, many of the most motivated, creative people need non- traditional pathways, and there’s no reason those pathways can’t start at community college. How a Skills-Based Education Can Help Shape your Dream Career

1. Discover what you love to do (with minimal investment).
I mentioned Kevin, above, who chose not to go to college right out of high school because, at that point
in time, she wasn’t sure what she wanted to study. Through vocational training, she discovered her real passions. What better way to discover what you enjoy than by trying it out? Just signing up for an online course or an introductory class at your local community college can give you an idea of what you want or don’t want to do. And, best of all, it’s much cheaper to test the waters this way than to sink thousands of dollars into a semester—or eight—at an expensive university.

2. Experience different ways to learn.
For many people, the traditional structure of college—sitting in a classroom and listening to a lecture—is a difficult way to learn. There are many different learning styles, and the typical classroom format only appeals to one of them. Many of us learn better by doing, and seeing results in the real world. Others benefit greatly from having the focused attention of a mentor, which is often an aspect of apprenticeships and traineeships. Vocational training provides limitless opportunities to learn in different ways and contexts, helping build confidence as you build skills.

3. Go where your interests lead  you.
George Lucas first realized he was interested in filmmaking when he was a student at community college, where he practiced making short films with an 8 mm camera before going on to study film in greater depth. Rather than limiting what you can do, skills enable you to craft your career in the way that makes the most sense for you.

« The One Thing Electricians, Chefs, and Entrepreneurs Have in Common
Three reasons not to go to college »